Whilst we were all anxious when the first lockdown began, at least for most of us, it meant staying in indoors in the relative safety of our own home. But for our member Preeti Satam, who was visiting family in India when the lockdown was announced, it meant being locked out of New Zealand. She shares with us her adventure on getting back home to Auckland. 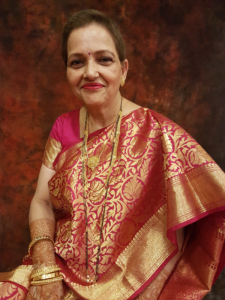 “I was invited to attend two family weddings in India – one in early February and one in April. It was important to me and my family that I was able to make it to both, so after much planning and after getting the green signal from my oncologist to travel, I left on 7 February planning to stay in India until after the wedding in April.

“At that point Covid-19 was in China but India was still safe. I travelled with a face mask and due care to wash my hands and use hand sanitiser.

“The first wedding, the wedding of my brother’s son, went on for over a week with usual great pomp and pageantry of all Indian weddings. I totally enjoyed it – I could dance and wear beautiful saris and eat the most delicious food!

“Then, during March, came the lockdown announcements from New Zealand. While Jacinda was strictly enforcing the lockdown and advising people to be kind and to fight Covid hard, the Indian Prime Minister was telling people to light torches and candles and to pay special thanks to the frontline workers and volunteers.

“My brother-in-law was one of the volunteers who were distributing food packets and essential supplies to the needy. We stayed home. We cooked and watched TV. Fruit, meat, vegetables and fish were in all good supply and cheap so I ate well.

“My health was perfect. My only worry was about my portacath which was overdue for a flush but I dared not go to the local hospitals as they were full of Covid patients. Plus, I would have needed a special permit from the local police station to be able to travel.

“I longed to get back to New Zealand though. I was anxious about the uncertainty. I spoke with my oncologist Amanda who reassured me.

“Then Singapore Airlines advised me that my return flight to Auckland wouldn’t be before the end June and that instead I could claim a refund.

“We heard that Air New Zealand was sending a chartered flight but that it would cost $5500, which was exorbitant. I simply couldn’t afford it. So while we waited it out, the second marriage took place. It was so different from the previous wedding as there was now a limitation to the number of guests and most of the rituals were completed at home in a close family bubble. We all wore colourful designer masks though and made sure we strictly followed social distancing rules.

“We landed in Christchurch on 30 June. We were tested at the airport and taken to the quarantine hotel. After being in the hotel confinement for 14 days, and after three more tests – all negative thank goodness – I was allowed to fly to Auckland where I landed on 14 July.

“What a relief to finally be home safe and sound in Auckland!”