Our members & their ‘rock’

In 2016 Nigel Swinn photographed ten Sweet Louise members in honour of the Sweet Louise tenth anniversary. Loving the project and the people he met, Nigel came on board again to photograph ten more of our members. In 2017 Nigel set out to capture their strength and resilience through his lens. Nigel travelled to Auckland, Wellington, Palmerston North and Christchurch and photographed members with their “rock”.

This “rock” was anyone each member felt supported them, kept them going, made them feel safe or was simply there with a smile and hug on those tough days. A big thank you to our members – Pauline, Susan, Kelly, Tina, Mary-Margaret, Harriet, Jody, Marjorie, Sonya and Nicola – and their families for taking part in the project. Extending our gratitude, we are so thankful for Nigel and his camera. Nigel has done an amazing job of capturing not only the strength and resilience of our members, but their beauty and vulnerability all in one shot. 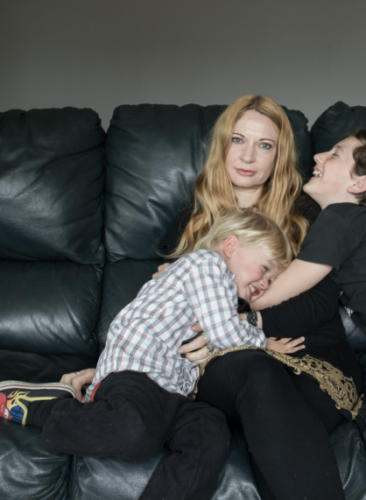 Sonya and the boys

Sonya lives in Christchurch with her two sons, a couple of small enthusiastic dogs and a host of seaside birds that she feeds every day. She’s a model and an actress so taking her photograph was a breeze. She can serve up a beaming natural smile at the drop of a hat and you’d swear life with her boys and the dogs is perfect. But in one ﬂeeting moment as … Read More 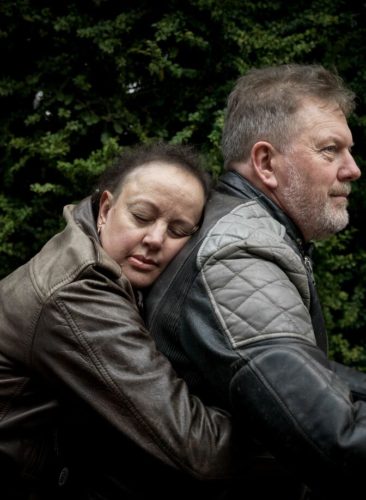 In this picture Harriet nestles behind her husband Grant on their large touring bike, clinging tightly with her eyes closed, thinking of all the road trips they took together through New Zealand. She wasn’t well when these shots were taken, and like their road trips together, she was spending a lot of time sheltering behind Grant because the road ahead looked tough. A lot of our conversation was about the … Read More 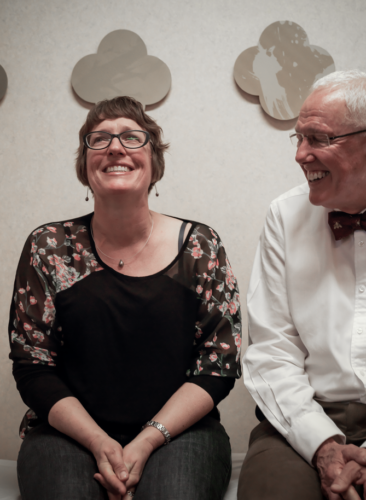 We may not admit it, but we’d all like a Mary Poppins in our life. In Auckland, Kelly’s oncologist, Vernon Harvey, would be horriﬁed to be likened to the Disney character that can make people levitate by making them laugh, but well… he does. Kelly is relatively early in a life living with advanced breast cancer. Talking about it can be hard and – to her embarrassment – tears come … Read More 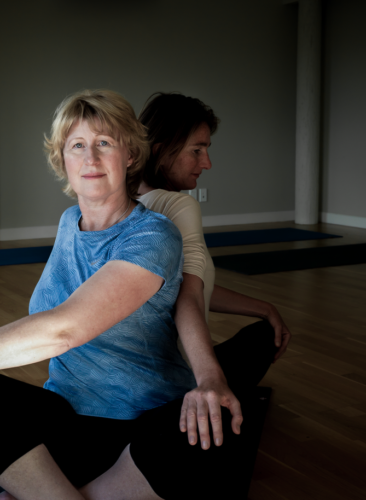 Susan has been living with breast cancer for ten years now. Her journey began as many do. The chaos of treatment (including 12 months on chemo) and an ever-present level of fear in her family. But long ago Susan decided she was only going to develop a way forward by growing a stronger outer layer ‘for protection’. From the ongoing treatment and the stress of every set of results, to … Read More 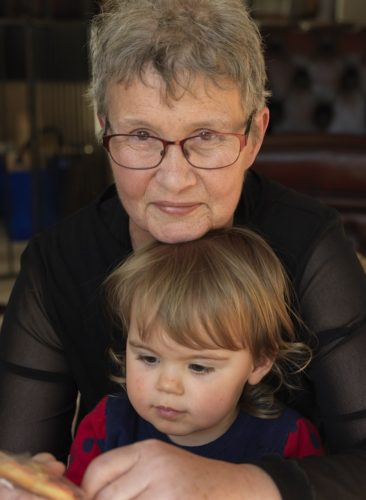 Marjorie sits reading to her granddaughter Isabella as often as she can. That special time when little ones sit on your lap transﬁxed with the story and occasionally looking up at you with wonder – as if to say ‘did that really happen’ is to Marjorie the most blissful moment she can imagine. But there’s a process that she has to play out to get there. First her granddaughter has … Read More 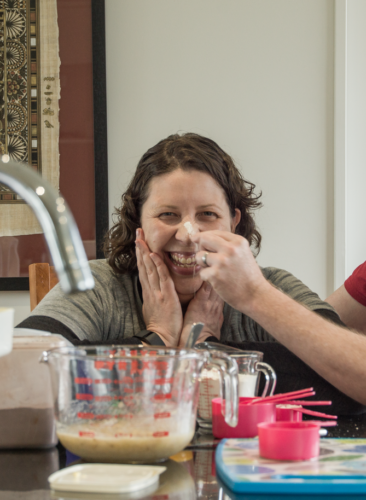 In the past few years, since her stage 4 diagnosis, Nicola has had to rely on her husband Ryan to take the load caring for their ﬁve year old daughter and looking after the house. They live on an idyllic plot of land out of Christchurch but their plans for running it as a small farm and produce business have been put on hold for the moment.  But for the … Read More 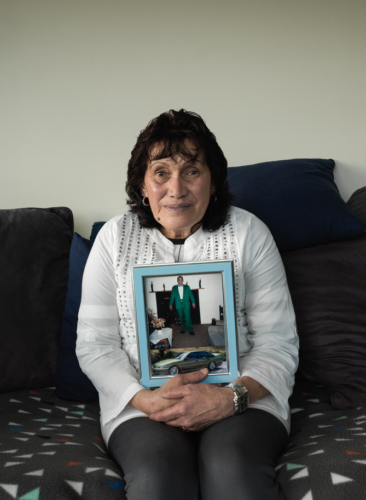 I visited and photographed Pauline in her small but immaculate Council ﬂat in Auckland. Living with advanced cancer, out of touch with her extended family and struggling to cope with troublesome neighbours, it felt like she couldn’t cut a break. She’d told me in advance the person who ﬁlled her life with most joy and strength (and thus the obvious subject to be photographed with) was her son Shannon. A … Read More 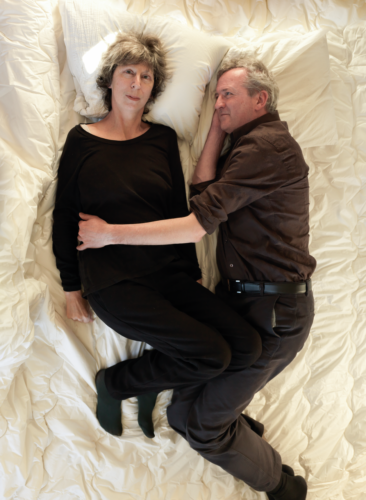 Jody has a ﬁne arts training and has always lived a creative life – ﬁrst in London and now in Wellington where she and her husband Kevin raised their boys. Now though, her painful lack of mobility makes it increasingly hard for her to be productive and it frustrates her enormously. When she said she has real difﬁculty being comfortable at night but Kevin is her rock with meditation and … Read More 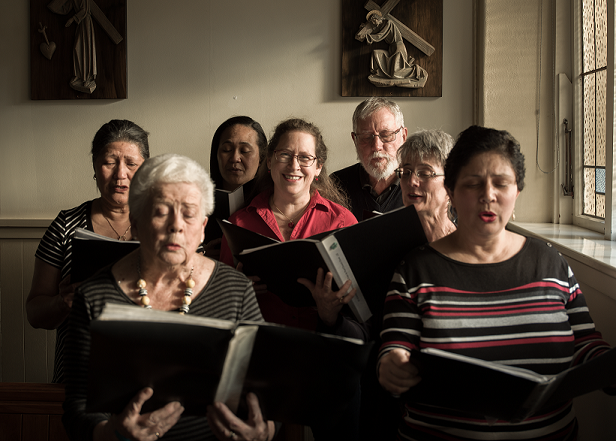 Mary-Margaret and her choir

In a beautiful Catholic Church in Lower Hutt, twice a week, you’ll ﬁnd Mary-Margaret singing in a choir; practicing mid week and the real thing every Sunday. Like most Sweet Louise members, Mary-Margaret  receives powerful support from family, friends and the folks at Sweet Louise. But she has a special place in her heart for the time she spends with her choir friends. They’re like ‘central casting’ for a caring … Read More